Crowdfunding or crowdlending, which one is for me?

Should I do crowdfunding or crowdlending?

Before we explain these, it is important to distinguish between crowdfunding as a donation or reward and as an investment. The donation/reward based model is the most widespread and well known. Here people contribute money to a project and either get nothing in return (because they like the project and would like to contribute) or get some kind of reward, like a t-shirt, a mention, or the product for which the campaign is started (a book, a movie, etc.) In these campaigns the money is not invested, but contributed to the project.

Crowdfunding as an investment

Although both are meant to finance companies or projects, with the expectation to receive the funds back with a return, there are big differences between the two, the main difference being the risk assumed. 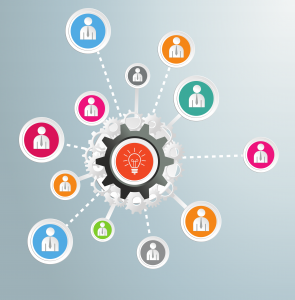 In equity crowdfunding you become a shareholder of the company, and you have no guarantees whatsoever to get back your funds. In theory, if the company goes well, you can multiply your investment various times. However, in case things go bad, you can loose the complete investment.

There is no fixed time horizon, no guarantees to get back your funds, and only when you sell your participation you can cash in on the gains.

In below table we summarize again the main differences between the 2 types of crowdfunding:

So, which type of crowdfunding is for me ?

Finally, we point out that ECrowd is a P2B crowdlending platform, from which individuals can give loans to projects that have a positive social or environmental impact.

Previous post:
« Should I be worried about bad loans ?

Next post:
How does ECrowd! ensure that my funds are only used for the chosen project: project finance »