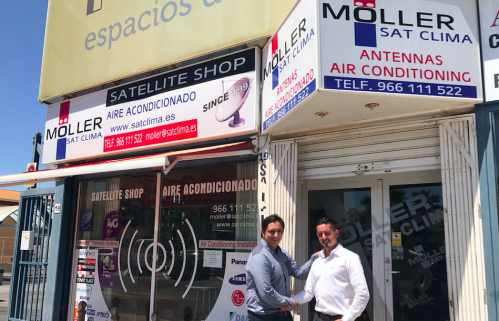 Collective financing of fiber optic network expansion in the Entrenaranjos and La Marina urbanizations located in the southern part of the province of Alicante.

The local operator "FIBERMOLLER, S.L." currently has a fiber optic network in these two developments and provides all kinds of telecommunications services to more than 250 customers.

Given the good reception received and being the only local operator in the area, FIBERMOLLER will extend its fiber optic network to the rest of the inhabitants of the area, many of whom are already on the waiting list.

3.- ZONES TO COVER WITH THIS EXTENSION OF THE NETWORK

Urbanization Entrenaranjos: Census of 1,947 inhabitants, but much higher in summer seasons, and is a population where many English residents have settled, looking for good weather throughout the year, especially in winter. Its growth in the last years has been due to the new implantations of irrigated areas, and especially to the settlement of residential Tourism of foreigners. Its tourism looks for the tranquility of a town and the proximity of having all services, golf courses, beaches, etc., as it is only 15 kilometers to the best beaches of La Mata, Guardamar and Torrevieja. >

Urbanization The Marina: Located in the municipality of Jacarilla, it is a residential area especially of second homes with more than 2,000 houses. It is located about 7 km from the town and covers an area of ​​approximately 3.5 km2. The composition of owners by nationality corresponds to: 12% Spanish, 10% French, 42% English, 9% Belgian, 6% German, and the rest of various other European nationalities.

4.- NETWORK TECHNOLOGIES TO BE EXTENDED

The fiber optic network will be deployed with FTTH-GPON technology, which will allow access to the internet and associated services for each link at speeds of 1 or more Gb / s in both directions and will allow signal transport without Amplification, at distances of up to 5 km, facilitating to each client symmetrical connection at speeds between 100 and 900 Mb / s.

With the aforementioned network expansions, the following results are expected:

-Appointment of 2,700 new customers over the next three years

The resulting social impacts that will be obtained will be as follows:

- Satisfaction of the pending demand of many residents of urbanizations that are outside the current coverage area, and that in a way they feel isolated.

-General satisfaction of residents and businesses by having the same offer of telecommunications service as in the big cities, at more competitive prices and with a closer attention to them carried out by people within the same municipality.

6.- PICTURES OF THE AREAS TO COVER WITH THIS EXTENSION OF THE NETWORK 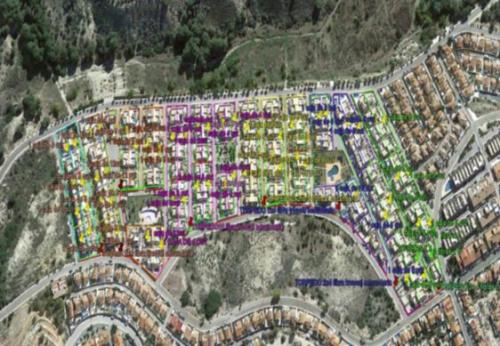 Additional guarantees of the loan:

In addition to the FIBERMOLLER guarantee, this collective loan has the personal guarantee from the two partners and administrators of the company.